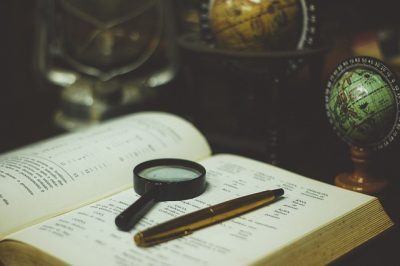 Magnifying glasses are fascinating tools – a simple contraption of glass or plastic that pulls off, through a play of light and the trick of the eye, the effect of making things larger. Now, whether you’re imagining yourself reading ancient hieroglyphics through its lens, solving mysteries by picking out faintly discernible fingerprints or using the glass to enlarge the minuscule and tightly packed letters of an encyclopedia or magazine, magnifying glasses do what they do through applications of science most of us have encountered in the classroom before – reflection and refraction.

The principle of refraction 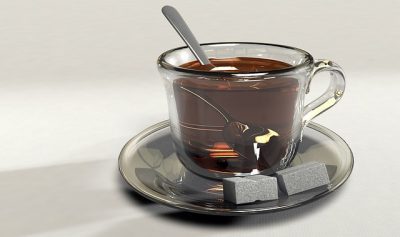 Remember that physics experiment where we leaned a pencil in a glass of water, and saw that the pencil appears bent from the point of the water’s surface to the bottom of the glass? This is an application of refraction – in other words, the principle that light waves, when entering from one medium to another of a different density, are deflected and change direction as their speed and wavelengths change. The pencil does not bend – but the refraction of light makes us perceive it that way.

There are plenty of experiments in science books testing out the refraction of light, especially involving passing a laser beam through a block of glass. You’ll find that as the beam touches the glass, it slows down in response to the denser medium it’s entering, and bends toward a point called the ‘normal’. This entering ray of light is known as the incident ray. When the light wave exits the block of glass, at the point of the normal, it speeds up again, because the air surrounding the block is less dense, and it holds the same speed and direction it had had when it entered. This ray of light is known as the refracted ray.

Now of course there are plenty of particulars to be examined and understood with this experiment, but for the purpose of this article the condition we’re going to highlight is that for light to refract, the incident ray must hit the medium at an angle – refraction will not occur if the light ray enters at a 0 degree angle of incidence, or in other words, a straight line. This concept becomes important in understanding just why magnifying glasses work the way they do.

If you’ve ever examined a magnifying glass, you’ll notice that the lens of the glass is curved outward. This shape is called a ‘convex’, while a shape curved inward is called a ‘concave’. The principle of a convex lens is what makes magnifying glasses work, and in turn allows us to incorporate its applications in more complex mechanisms like cameras and telescopes.

Light is integral for us to see – objects need to reflect light for them to be detected and understood by the eyes and brain. Simplistically, when light reflects off an object, it travels in parallel rays, which are then received by the eyes, and transmitted to the brain for interpretation.

However, we just learned that refraction can bend straight-moving light rays, and that unless a light ray enters a medium like glass at an angle, it does not refract. Applying these principles, think of what would happen when parallel, straight-moving light rays enter a glass object with a curved surface – because of the curve, the light enters at an angle, and based on the principle of refraction, the light slows down and bends.

But that’s not all – in the case of both convex and concave lenses, the curved surfaces on either side of the lens means each light ray hits the surface at a different angle. In the case of concave lenses, this causes the refracted light rays to diverge as they exit the lens. This is the principle used in projectors, to cast a magnified image on a screen created by diverging light rays spreading out.

Convex lenses do the opposite. They curve outward, and the bulging surfaces direct previously parallel light rays toward a point of convergence – rather than spreading out, they culminate at a focal point after being refracted through the lens. The distance between this focal point and the center of the lens is known as the focal length. Placing an object between the focal point and the lens itself, i.e. within its focal length, makes the object appear enlarged or bigger than it really is, because as the refracted rays exit the lens and converge, they create a virtual image set farther back than the actual object, thus making it appear bigger to the eye tracing the light rays back in straight lines.

What are magnifying glasses used for? 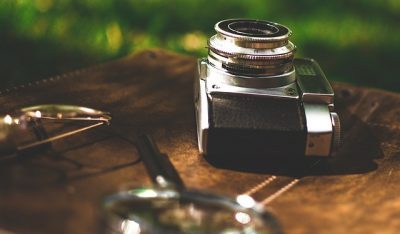 Previously made of glass, and now more commonly made of plastic for safety, convenience and cost, there are many applications of magnifying glasses that go beyond simple hand lenses kids play with to burn holes into pieces of paper. Magnifying glasses are often used in corrective lenses worn for near or far-sightedness. For those who have difficulty making out small print, magnifying lenses attached to reading devices make not only deciphering letters but even tasks requiring minute detailing like threading needles, doing embroidery or working on a piece of art easier. Magnifying glasses are also a handy tool for hobbyists who like collecting coins or stamps, helping authenticate your collections or gauge their age and wear to estimate their value, or even to have with you on a road-trip when you’re trying to make out the minuscule details of a closely packed map.

Then, of course, are the more complex versions of magnifying glasses – microscopes, which give scientists, researchers, doctors and of course students in a science lab much closer control over the degree of magnification, letting you zoom in close enough to see the structures of individual cells. Jewelers and photographers also use variants of microscopes, the former to validate the authenticity of precious stones and to detect any value-impairing defects, while photographers, who use the principle behind magnifying glasses every time they use their cameras, can examine the sharpness of their image quality to know if a photograph will appear pixelated once enlarged.