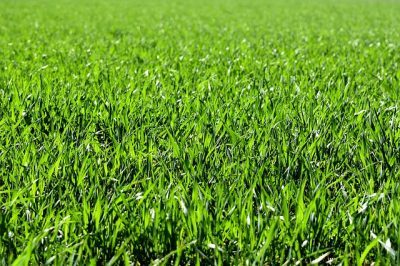 Dethatching is not supposed to be a regular part of your lawn care routine, but nonetheless can make a crucial difference when carried out at the right time. The process involves using a dethatching tool – which, depending on the complexity of the task at hand, could be anything from a thatching rake to a power rake or vertical mower – to break up and remove the layer of thatch accumulated between grass and soil.

But this is oversimplifying the process. In order to understand why dethatching is important, and how the process may differ based on a handful of different variables, we need to get into the particulars of it. 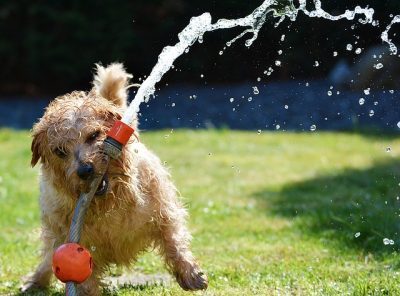 Thatch is essentially a layer of both dead and living plant matter – roots, stems, grass blades, crowns and so on – accumulating between the grass blades and soil of your lawn. In most cases, a layer of thatch is actually a good thing. Layers between ½ inch to ¾ inches are considered healthy for the upkeep of a flourishing lawn for a number of reasons. For one, thatch offers natural insulation protecting grass from fluctuating temperatures, giving it a stable and steady environment to grow in. The layer also moderates against moisture loss when the weather gets too warm, preventing excess evaporation and keeping roots and soil from drying out too quickly. A decent layer of thatch also helps minimize the damage to grass from overhead traffic, adding resiliency.

But as in most cases, too much of a good thing can be a problem. Too thick a layer of thatch, and moisture, fertilizers, pesticides and nutrients will be unable to penetrate through to the soil, and can result in weak and fragile roots with grass more prone to damage. In fact, a sign that your lawn is in need of dethatching is if you find water running off the grass rather than seeping into the ground. Dry thatch can contribute to root dryness, while wet thatch which collects and holds excess water that does not get absorbed can lead to root rot, and become a breeding ground for harmful organisms that may damage the health of your grass.

Essentially, excessive thatch accumulation is the result of plant matter building up faster than it can decompose. Overwatering or overuse of fertilizers can both be responsible for this, causing grass to grow more rapidly than organic matter can decompose, resulting in the build-up. To minimize thatch accumulation, moderating watering and fertilizer use is a good way to go.

Contrary to popular belief, thatch is not caused by mulch. Mulch actually minimizes the need to use fertilizers, decomposing naturally and in turn expediting the decomposition of plant matter which might otherwise build up into thatch.

What tools do you need to dethatch your lawn?

This depends on the scale of the job. If you’re dealing with a small lawn and a manageable thickness of thatch, a thatch rake might get the job done while letting you get some exercise. For larger areas, and/or thicker layers of thatch, a power rake or mechanical dethatcher lends the muscle needed to tackle the job. In order to gauge the thickness of thatch under the grass, and to determine whether your lawn is even in need of a dethatching, you can cut out a small wedge of the ground to check the distance between grass and soil, or alternately, push in a wire or screwdriver into the ground until you hit soil. For heavy-duty, mechanical dethatching, you can opt to hire professional help, or pick up a corded electric option that’s less bulky and more lightweight compared to gas powered rentals, or opt for a tow behind dethatcher if you own a lawn tractor or riding mower.

When is the right time to dethatch your lawn?

This depends on the type of grass you’ve got growing in your lawn, as well as the soil type. Dethatching does a number on your lawn, which is often why some lawn carers are wary about going through with it and prefer core aeration instead to minimize the strain put on your lawn. In many cases, though, a simple session with a dethatcher takes care of moderate thatch levels, and if done at the right time, about every other year depending on grass type and soil conditions, won’t require a core aeration session (which might be better suited to tackle serious thatch problems and unyielding, compact soil).

Since dethatching does put pressure on your lawn, the best time to go about it is when the grass is in its prime growing stage so it can recover quickly. Cool season grasses like bluegrass, ryegrass and fescue tend to produce less thatch, but when they do need dethatching the best time to go about it is in early fall, when the grass is growing best and can bounce back quickly after a dethatching session. On the other hand, some types of cool season grasses like the Kentucky bluegrass and creeping bentgrass have long stems and can subsequently produce more thatch. Warm season grasses like Bermuda, buffalo and zoysia are better worked with during late spring and early summer, when they’re growing best. Dethatching in early spring is generally discouraged for most grasses in areas experiencing snowfall, since the ground will still be wet and/or frost laden, and grass will be more susceptible to damage, stunting or slowing down new growth. Knowing when to dethatch your lawn therefore involves knowing the type of grass you’ve got growing in it, so you can not only forecast how often dethatching is needed but also the right time to go about it.

However, the grass type is not the only variable determining thatch accumulation. The type of soil also factors in. Compacted soil or clay soil might need more frequent dethatching or core aeration; the tightness of the soil prevents water and nutrients from making it all the way through, making it difficult for roots to grow properly or the soil to be properly aerated. Soil of acidic pH levels (as well as some pesticides) can discourage microbes which catalyse the decomposition process of organic plant matter, and lead to the accumulation of thatch.