Central air conditioning systems aren’t always conducive – they can be a heck of a cost to maintain, not to mention disproportionate to the needs of a small studio space, student dorm or nursery, while they tend to get overworked and less efficient for bigger spaces they’re under pressure to cool by themselves. Window units are an option to help complement a central cooling system, keeping the cost and pressures of running it low, especially as they are less expensive – but depending on where you live, city ordinances and lease agreements might keep you from getting to use one. Landlords may refuse to allow the installation of a window unit protruding from the building and inevitably affecting how your building or complex looks, or be wary of the damage putting it up may cause. Some states, like California, don’t consider air conditioning a basic necessity for a functional, rentable space, so landlords aren’t obligated to provide you with in-house cooling units, while in New York, city ordinances particularly don’t want you installing window air conditioners if it’s going to block the fire escape.

Then there’s the question of personal preferences. Window cooling units aren’t exactly the most pleasing to the eye – they can obstruct your view, block fresh air from getting in, and just look jarring sticking out from your window.

Meanwhile, while portable air conditioners tend to be more expensive than window units, and do still need a window or other type of ventilation system to access the air they need to condition and to let out exhaust, they’ve got a handful of advantages giving them an edge over central air conditioning and window units.

Portable units don’t require elaborate set-ups or installation – you can set them up yourself, their wheelable constructs making them simpler to push around and situate where you need them. In fact, portable units allow you to use the same air conditioner in different rooms, wherever they’re needed.

A portable air conditioner generally comes with an easy set-up window adapter kit, the window panel installed into the window frame such that the sash can be lowered down to seal the window just as you would without the panel in place. While the best and most versatile models will fit right in, others need to be cut down or extended to size, with gaps and openings sealed for improperly fitting panels to keep bugs out and cool air in. The panel comes with a bracket to which one end of the vent hose attaches, the other attaching to the portable cooling unit. If you have panels fitted in different rooms, the unit can be used in these as well, this flexibility particularly useful when you only need to cool down single rooms at a time rather than the whole house, helping supplement the work of your central air conditioning system, and keeping the pressure off of it – which leads to our next point. 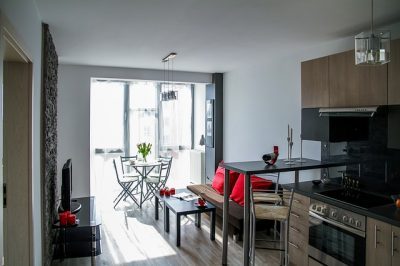 Portable units don’t require a professional to install, cutting down the costs of setting up or maintaining a static air-conditioning unit, and keeping the figures of your utility bills lower too, especially as you don’t have to use central air conditioning intended for the whole house just to cool down a single room. They’re also a pocket-friendly addition if you’re living in a small, perhaps temporarily rented place – you can take the unit with you when you’re moving out by simply unplugging it and removing the window panel, rather than reverse engineering an installed wall or window unit or having to leave it behind. 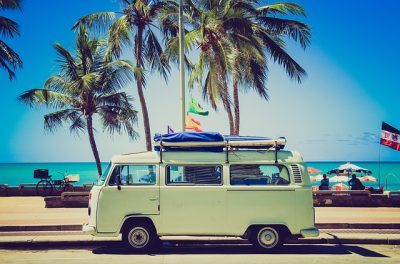 Another reason portable units are great for small spaces is their compactness – they aren’t going to hog too much of your limited space, which not only makes them great for use in one-bedroom or one-room apartments but also for confined mobile spaces like campers, RVs and trailers. These can be vent-free, attachable to the RV roof or connected via the standard vent hose to the RV window, their compact constructs not eating up too much of the limited space in your mobile living and travelling space while letting you keep cool on those hot days on the road.

Air conditioning units double as dehumidifiers, and several portable air conditioning units come with the option to use the machine exclusively as one, without having to switch on the cooling element. This is particularly handy if you live in climates that tend to get excessively humid, because high levels of moisture in the air encourage an uptick of dust mites, insects, mold and other potential allergens. Dehumidifiers can suck the excess moisture out of the air and in so doing, keep your home allergy-proof.

If the weather is extremely humid, you may have to empty out the tank in which your cooling unit is collecting all that moisture – in most cases, portable air conditioners use a self-evaporative system to keep the unit from getting water-logged, but ensuring that it’s drained out and the air filters periodically cleaned improves the lifetime and functionality of your air conditioning.

The “portable” in portable air conditioning

These units do come with plug-in cables and wheels to make moving them easy, but how portable they are at the end of the day is subjective. Moving them from one room to the other might be easier as long as it’s on the same floor, but getting one down a flight of stairs can be strenuous, potentially risky work, because while these units are compact, they’re not exactly light.

Where you place the unit is also constrained by its accessibility to a power socket. You can’t just situate it at any window, chimney or other alternate source of ventilation – it has to go somewhere within reach of the unit’s power cable. Extension cords are a solution, but tend to increase the risk of wires tangling up on your floors and posing a stumbling hazard.

Nonetheless, the simplicity of installing and using a unit makes them great options to help tide over those scorching, stifling summer days, when setting up a wall or window unit can be inconvenient, expensive and tiresome.