As much as the Environmental Protection Agency (EPA) maintains pretty rigid standards of quality for municipal water supplies, the ongoing Flint crisis has made the best of us second-guess how safe drinking water straight out of the faucet really is. What your water comes infused with may vary from state to state, but even in spite of the EPA closely monitoring an index of 50 contaminants in water supplied to homes via direct pipeline, it’s impossible to say tap water is entirely safe. By-products from the disinfection stages of water treatment and chlorine might alter the taste of water, while sewage and heavy metals like lead and mercury might seep into it from old, damaged pipe-networks or in the aftermath of a natural disaster like an earthquake or hurricane.

This is where home filters come in – a second layer of sieving through the water we receive directly at our kitchen sinks and showers to try and mitigate the potentially harmful contaminants it might be polluted with. But as much as picking up an inexpensive filtered pitcher is a purchasing shortcut we make to appease ourselves that we are, indeed, drinking safe, clean water, reality is a bit different. How clean our water is depends on what our chosen filter is programmed to handle – which in turn is correlated to the type of filtration process this filter uses. Whatever the case, it’s important to know what we’re getting ourselves into before we invest in one.

Broadly, water filtration can be grouped into either a physical process, or a chemical one. Physical filtration is, simply put, sieving any undissolved contaminants out of your water via physical, tangible means. Chemical filtration, on the other hand, is a bit more scientific a concept, better at removing dissolved organic and inorganic contaminants from water. While there are plenty of filtration methods, we’ve narrowed down the two most common ones to discuss here. 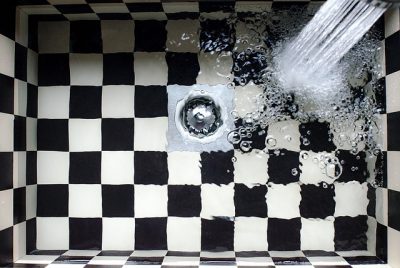 Whether in block or granulated form, activated carbon is a natural magnet that attracts and sticks to impurities, making it a great filter for sucking out contaminants in water. The porous structure of activated carbon makes for greater surface area, meaning a more thorough filtration process as water trickles through. Filtered pitchers or dispensers and faucet-mounted filters most often use activated carbon – pitchers are handy to filter out drinking water and pop into the fridge, while faucet-mounted filters hook right on to your taps to give you readily filtered water for cooking and drinking.

However, like most things, not all carbon filters are created equal. Some will effectively remove the chlorine, pesticides and industrial and pharmaceutical wastes, but remain ineffectual against mercury, lead, cadmium and other heavy metals. In fact, most budget filtered pitchers and dispensers only do as little as soften the water’s taste into something more palatable, a superficial benefit rather than a healthy one. 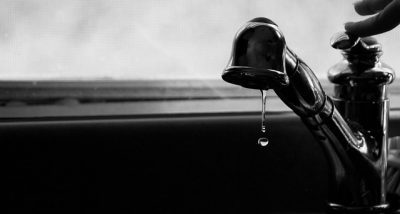 On-counter filters sit atop the counter as a separate system connected to your faucet, rather than mounted directly on to the faucet – this means it often comes with a separate faucet that lets you alternate between filtered and unfiltered water depending on your needs. Under-sink filters, while operating on much the same principle, are fitted beneath your sink, connected directly to the water supply that feeds your faucet.

A common filtration system frequently used for both on-counter and under-sink filters is reverse osmosis (RO), though some also use carbon filters, or a combination of both. The latter often makes for a more thorough filtration process, since reverse osmosis can remove contaminants that activated carbon cannot, like fluoride, arsenic and nitrates, while it can’t remove some contaminants that activated carbon might do a better job of, like chlorine.

The process of reverse osmosis essentially involves pushing pressurized water through a semi-permeable membrane – in the most basic of terms, this forces the water through, while leaving the contaminants trapped by the membrane. However, a drawback of most RO filtration systems is that they tend to waste water, using up more than they output as clean, safe, drinkable liquid. RO also filters water more slowly, making filters exclusively using this method less ideal for cleaning, cooking and other activities requiring large volumes of water in a go.

Other types of filtration: Ion Exchange

Carbon and RO filters are by no means the only types of filtration out there, though they are the most common. Another type you might run into, though, is ion exchange filters, effective for softening ‘hard’ water. The magnesium and calcium in hard water get broken down to magnesium and calcium ions, which the zeolite beads contained in the filter then attract. These ions are swapped out for other ions like hydrogen and sodium, which make the water ‘softer’ and more pleasant to taste.

Again, this method has shortcomings of its own. The zeolite beads or resin would require occasional replacement to remain effective, while the sodium ions themselves might negatively impact anyone who should be excluding sodium from their diets, as an excess of it is often associated with health risks like high blood pressure and heart disease.

How do we pick the right filter?

It’s important to do your research, and above all read the fine print. The EPA’s annual water reports should give you a pretty good idea of what contaminants are more problematic where you live, so it’s a matter of picking a heavy-duty, intuitive filtration system designed to remove as many contaminants as it can, limited not only to by-products from chlorination and disinfection, but also organic and inorganic pollutants (like arsenic and fluoride) and heavy metals. Often times, even if a filter is certified by the NSF – an independent evaluation company – this doesn’t mean the filter is capable of extracting all the contaminants you need it to extract, so make sure your filter specifically lists down which contaminants it can remove, and that they corroborate with the ones you need them to. Even so, you might find that while one type of filter excels at removing some contaminants, there are others they can’t strain out – which is why it’s often a good idea to look into hybrid technology that makes use of more than one filtration system.