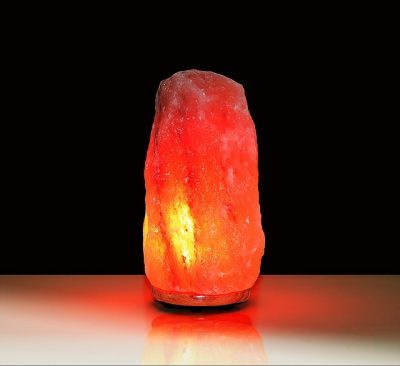 The most ambitious of Himalayan salt lamp vendors may promise you anything from better sleeping cycles to complete neutralization of positive ions associated with feelings of stress, fatigue and low moods, but as much as we’d like to believe a single salt lamp will have the plethora of benefits a 45-minute session in a salt cave does, it’s hard to measure or quantify these benefits.

But this does not mean there are no benefits – die-hard converts of DIY halotherapy swear that adding these lamps to their desks, living-rooms or even cars have alleviated allergy outbreaks, improved respiratory problems and even helped them sleep sounder.

One might argue this is merely the placebo effect, but the concept of the Himalayan salt lamp is in fact backed up by science. Salt therapy has been used since time immemorial as a remedy for anything from feelings of depression and anxiety to conditions like eczema, psoriasis, sinusitis and allergies. In fact, there’s a reason you feel rejuvenated and happy after a visit to the beach, breathing in all that salty sea air, and it involves a little bit of basic science.

Everything is made up of molecules, and molecules are made up of protons, neutrons and electrons. Sometimes, these molecules lose electrons, and become positively charged ions. An abundance of positive ions, also known as free radicals, have been shown to have debilitating health effects from excessive exposure, from mental and emotional conditions like heightened feelings of exhaustion and depression to physical effects, such as accelerating the body’s aging process and even cancer.

The bad news? We’re practically surrounded by positive ions. Even right now, reading this article, you’re exposed to positive ions – electronic devices are oftentimes the biggest culprits in unleashing them.

The good news, though, is that positive ions can be neutralized – because they’re looking to replace their lost electrons, they tend to bond with negative ions, which have extra electrons they want to give away. This is why you’ll often find yourself breathing easier, looking and feeling healthier and generally being in a better mood when you’re out and about amidst nature, or at the beach – places with lots of greenery and running water boast high degrees of negative ions.

While we can’t expect to bring the full brunt of a running stream or a natural salt-mine into our homes, having a Himalayan salt lamp around, close to our gadgets and in places we tend to spend a lot of time, can take the edge off some of the harmful effects. Avid users cite not just health benefits attributed to negative ion generation – which also help remove pollutants like dust by bonding with them and leaving them too heavy to remain airborne – but also the hygroscopy effects of salt whereby the lamp absorbs water vapour, moderating humidity and keeping an outgrowth of mold and mildew at bay.

So how do you know a Himalayan salt lamp is worth your moolah? Here are a couple of things to look out for.

While some lamps fashioned out of these naturally occurring rock slabs tend to be white, these are rare, and therefore likely to be more expensive. Ambiently, they also tend to be brighter than the muted but warm glow many adore in Himalayan salt lamps. 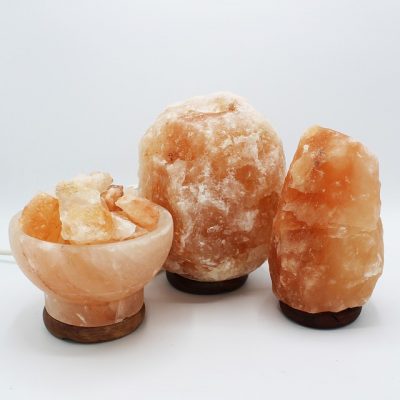 Compared to too-bright white lamps or too-dark red ones, we recommend going for the pinks and oranges. Easily the most popular color categories, these shades win not just for their aesthetic appeal, nailing that understated but flattering golden glow we strive for in classily lit spaces – they actually have a legitimate, scientifically backed-up health benefit. Warm orangey lights similar to sunset shades are associated with helping reinforce your natural body clock and counteract the effect of too much blue light exposure in the evenings – the light pouring out of our TV, laptop and phone screens attribute to difficulty sleeping, while soothing dusky shades encourage rest and slumber.

Color is also important in helping determine the authenticity of your Himalayan salt lamp – if you find the lamps are too brightly or vividly colored, they’re most likely imitations of the real thing.

The lamps are a bit of a misnomer – they’re not actually from the Himalayas, technically. Mined mostly in Pakistan’s Khewra salt-mines (and also in Poland), a salt lamp originating from anywhere other than these places are likely to be knock-offs. 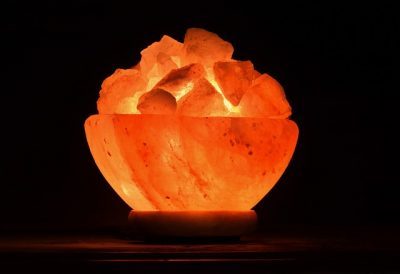 You can have authentic Himalayan salt lamps in sculpted, geometric shapes to suit the décor and theme of its eventual location, but we recommend going with the naturally occurring slabs with their own unique, rustic appeal. This isn’t just because of the ‘natural living’ vibe they give off, as well as their effortless sense of grace and beauty (though there is that) – the more coarse, rough-hewn and uneven the lamp, the greater its surface area, and the greater its surface area, the better its ability to absorb moisture, along with water vapour-borne contaminants. In fact, you’ll often find the surface of your lamp sweating, if you’re experiencing particularly humid weather. Again, if the humidity is cranked high and your lamp doesn’t sweat, it’s a dead giveaway that you might have a fake product on your hands.

You can opt for lightbulb or candle heated lamps – though we recommend lightbulbs simply for the longevity and convenience factor – but one design choice we’re going to emphasize is a lamp with a good base. As previously mentioned, a salt lamp will tend to sweat as it gathers moisture, and this can drip on to the surfaces you place it on and leave rings on your tastefully burnished coffee tables. A lamp with a wooden or metal base attached catches the run-off and prevents this from happening.

This is fairly straightforward – the bigger the room, the bigger the lamp you’d need to purify it. While not everyone agrees with a salt lamp’s ability to completely purify the air or neutralize negative ions, it doesn’t hurt to keep a good-sized option close to sources of positive ions, namely electronics like the TV or our work computer, and since they don’t cost all that much more than regular lamps, having a few strategically located throughout the room lets you create both a healthy and an ambient environment.