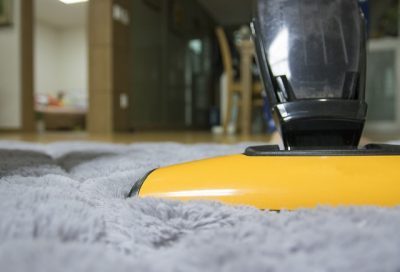 We’re all but spoiled for choice when it comes to all the different types and classes of vacuum cleaners out there. Whether you’re looking at an upright model or a stick one, a hand-held vacuum cleaner or its robot cousin, there’s plenty of innovation and variety in this particular category of essential home appliances. Other factors also weigh in, such as what functionalities you’re looking for in your vacuum – are you looking for something you can use while upright? A dry-clean option, or a wet/dry one? Something for hardwood floors and lino, or carpets? One central criterion it all ultimately boils down to, though, is deciding between a bagless option, or a bagged one. Both have their ups and downs, but which type is ideal for you depends, in part, on your specific needs. Let’s take a look at the distinctive features of both.

These are the more traditional type of vacuum cleaner, and the fact that the concept of a bagged vacuum has endured the test of time is proof that the category must have at least some compelling pros. The removable ‘bag’ – made of sometimes recyclable, sometimes biodegradable paper, plastic or cloth – acts as a filter, letting air push through it during the vacuuming process while collecting and holding dirt, debris and some troublesome allergens hanging about. When the bag is full, you simply remove it, toss it in the trash, and replace it with a new bag. 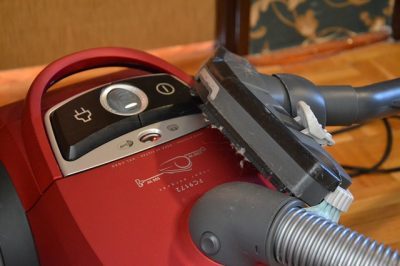 Herein lies the debate. The fact that we can simply deposit a bagful of dirt and dust into a trash can without having to touch it is a huge advantage, especially if you or anyone else at home tends to be allergy-prone. The airtight bag seals up the nasties, including allergens, and because you don’t have to physically empty the bag into the trash, you don’t run the risk of spilling all that dirt back out. This also means you don’t have to wash down or clean the filtration system of your bagged vacuum cleaner too often, since the bag itself acts as a filter – once it’s been used up, all you have to do is throw it out and install a new one.

A common argument against bagged vacuum cleaners – and in favor of bagless ones – is that this type comes with the perpetual cost of buying more bags. This, however, is relative – vacuum cleaner bags can be pretty inexpensive, depending on which brand and retailer you’re buying from, and grabbing a handful during your grocery run should tide you over long enough until your next stock-up. Bagged vacuum cleaners also have more capacity than bagless versions, meaning you don’t have to worry about popping the cleaner open and emptying it as often – though this might pose a problem if you don’t use the cleaner much, or live in a small space, as the collected debris might start to stench the place up if left about too long. This can be an issue since you might be forced to throw away a bag before it’s filled to capacity.

Another a potential problem with a bagged version is the model becoming too outdated. If a brand decides to discontinue a particular model and its corresponding bags, you’ll be forced to switch over to a newer model despite possessing an older one that still works. 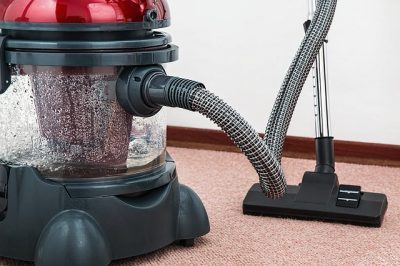 The distinguishing factor of these cleaners is, of course, that they come without a disposable bag to collect all that gunk, equipped with airtight dust chambers or cups instead. The biggest and most obvious advantage to this is the fact that you don’t have to keep purchasing disposal bags, and won’t risk a scenario where you’re in the middle of a weekend vacuuming session only to realize your in-use bag is full and you’ve run out of back-ups.

Another handy feature to keep in mind, though, is that bagless cleaners let you keep an eye on how full the dust chamber is at any point in time, and exactly what you’re vacuuming up. Oftentimes, with bagged cleaners, you might find yourself throwing a bag away before it’s completely full (unless your chosen model comes with an indicator that lets you know when the bag has reached maximum capacity). More dauntingly, perhaps, you might end up vacuuming up something valuable which then becomes difficult to find or retrieve from a sealed bag of dirt. This isn’t a problem with a bagless vacuum cleaner, however – the generic transparent chamber makes it easy to spot anything that’s been sucked up that wasn’t meant to be sucked up, for example, a piece of jewelry or some change, and easy to retrieve by simply accessing the non-sealed chamber.

This more hands-on system also poses problems, however. Unlike a bagged version, where you simply have to remove and discard the packaged dirt, a bagless version requires more manual disposal, meaning you’re going to have to be the one removing the dust chamber and emptying it out into a trash can, or outside. Not only is this less pleasant – nobody voluntarily wants to touch all that dirt, after all – but is also likely to be less hygienic, as the process of emptying the dirt out might release some of it back into your home, particularly problematic if you have allergies or asthma.

Note that not all brands and models of vacuums have this problem – some come with an in-built mechanism that allows you to eject the dirt without having to touch it or shake it out, whilst others might require you to scoop out dirt caked at the bottom of the dust cup manually. If you’ve previously used bagged vacuum cleaners, you might also feel bagless ones require more maintenance since you’ll need to clean out the inbuilt filters more often than with a bagged version.

In the end, both bagged and bagless vacuum cleaners have their share of pros and cons. If you or a member of your family or household are allergic to dust or have a condition like sinusitis, a bagged version is likely to be the safer choice. Not only does a single bag allow you more vacuuming sessions, the inclusion of a disposable bag that collects all the dirt and allergens for you makes it easy and more sanitary for you to get rid of, without risking letting some of it out again.

On the other hand, bagged versions might be a bit iffier for anyone with allergies or asthma – unless the model you choose allows you to empty out those dust chambers without having to shake it out manually, or, alternatively, you make a habit of disposing the debris outside. Either way, the popularity of several high-functioning bagged vacuum cleaners indicates that, given the right pick, you get a thorough, eco-friendly machine to last you a lifetime, without having to fret about running out of disposal bags.