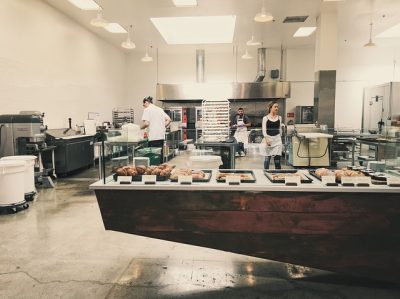 Be it for a small family restaurant or a major pizzeria, mixers are all but necessary kitchen appliances. Naturally, hand-whisking or mixing big batches of dough, batter, sauces and so on is just not practical in a time-sensitive setting like an eatery – a heavy-duty mixer that can whip together your bread bases and cake mixes in large quantities is not only an efficient solution but a cost-effective and capital-intensive one too.

Because of the volume even a small-sized bakery or café would need to produce at a go to remain efficient, timely and competitive, hand-mixers and generic kitchen countertop appliances won’t cut it – mixers built specifically for use in commercial settings are not only better equipped for handling tougher and larger quantities of substances, but also ensure consistent quality and thorough mixing more difficult to achieve manually.

So what constitutes a good commercial mixer? The choices are vast and diverse, but can be broadly classified under the following categories.

There two main, most commonly used mixer types in commercial settings – planetary mixers and spiral mixers. Planetary mixers get their name because of the movement of the mixing element, similar to planets orbiting the sun – the blade both rotates or spins, and revolves around the center of the bowl, covering the entirety of the bowl’s contents and making for very thorough mixing. The mixing bowl itself remains stationary, and can be replaced with smaller bowls for mixing together smaller quantities of dough, batter or other foodstuffs. An advantage of these types of mixers is their versatility – the mixing element can be switched out for other attachments depending on what you’re mixing, be it a hook-shaped blade for the tougher folding action needed for pizza dough, or a wire whip to achieve light airy whisking for fluffy meringues, as well as other applications like grating, grinding and chopping, handy in commercial settings like patisseries, cake shops and cafés. 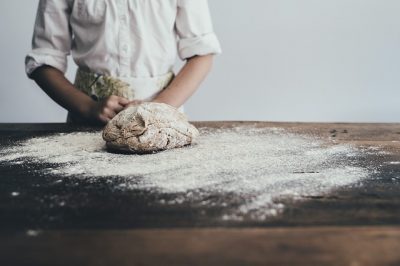 The second type, known as spiral or dough mixers, feature a stationary spiral-shaped mixing element, and it’s the bowl that moves around it to mix everything together, emulating the steady kneading action of mixing dough by hand. Compared to planetary mixers, these are better suited for folding together large quantities of dough and yeast mixtures – this is the type of machine you can expect to find in a pizzeria, boulangerie or donut shop, to mix and yield large volumes of dough quickly, in single sessions. Spiral mixers are overall better for gently kneading dough without overworking it or allowing it to overheat, building up its gluten structure to the desired level, with the degree of versatility needed to work with tough dough for items like bagels and pizza as well as for more airy dough, for breads like ciabatta. Unlike planetary mixers, the attachments and bowl of a spiral mixer cannot be switched out for other types, and don’t need to be replaced for smaller batches. 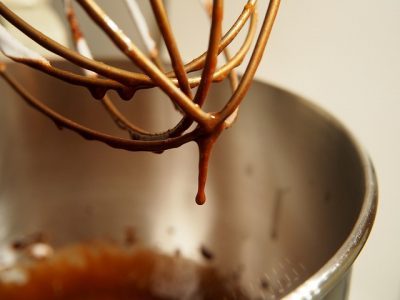 The next big decision to make, once you’ve decided which type of mixer best suits the needs of your establishment, is how big a machine you’re going to need. For settings where a mixer is needed for small jobs, like mixing together some icing or sauces, a countertop mixer of about 10 quarts is probably sufficient. Small to medium scale cafés, bakeries and doughnut shops would want something of a bigger and more heavy-duty build to handle the workload, like stand mixers – a powerful motor drives the mixing action of capacities between 10 to 20 quarts, the weight held up by an equipment stand. For large scale establishments or eateries turning out orders en masse and replenishing stock around the clock, a floor mixer of capacities anywhere from 40 quarts and above may be better suited to cope with relentless demand. Note also that the capacity for spiral mixers is often expressed in liters rather than quarts.

Mixer motors can be either gear or belt driven. Belt driven options are better suited for lightweight workloads, since the belt can slip and slow the machine down when the workload is too arduous, whereas gear driven mixers can power through for more heavy-duty requirements. A pro of belt driven mixers is that despite the likelihood that the grip between the belt and drive may occasionally need attention, repair is cheaper than for gear driven mixers, which tend to be noisier and more difficult and expensive to repair. Nonetheless, a gear driven mixer is likely the better choice for settings where the mixer is central to the establishment’s operations, such as bakeries and pizzerias where large quantities of dough or batter is needed in a timely manner and delays from a slipped belt can cost you.

For large planetary mixers and gallons of dough or batter, a bowl lift is a must to heft tub sized mixing bowls up to click into place for mixing, and down to access the product you’ve just mixed so you can get to work on individual pizzas or loaves of bread. Manual lifts, as the name suggests, require you to use a combination of levers and/or wheels to heft the bowl up or down, and tilt it to empty its contents on to your work surface. Smaller mixers are often devised with a mechanism that lifts and tilts the entire mixer, rather than just the bowl.

Most high-capacity planetary mixers are also fitted with a bowl guard, under which the bowl is lifted up to lock before mixing can commence. For commercial settings, a bowl guard – reminiscent of an upside down wire basket – over the mixing bowl is crucial, specified by the United States’ Department of Labor’s Occupational Safety and Health Administration for exposed blades of peripheries less than 7 feet off the floor or working level. This is not just to keep your limbs out of harm’s way from rapidly spinning and industrial grade mixing blades, but also to prevent anything not intended to be in the bowl in the first place from falling in, like ingredient jars or caps accidentally knocked off.

Electric bowl lifts, on the other hand, cut back on manual effort or labor by automating the process. Buttons, joysticks and knobs automatically move, lift and lower the bowl so you can start mixing or access the foodstuffs you’ve just mixed. These naturally require less muscle-power and minimize the risk of accidents, better suited for settings where production volumes are high and production time brackets narrow.

In the case of spiral mixers, the bowl may be removable or tiltable, emptied on to tables or dough troughs.