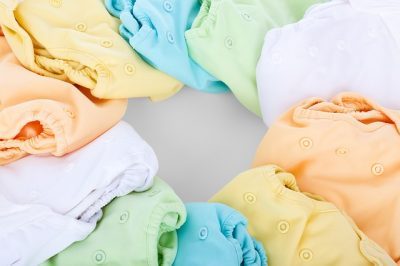 In an increasingly eco-conscious world, it’s probably not surprising that the green debate has extended to everything from the merits of audiobooks versus traditional paperbacks, to diapers.

Cloth diapers have been experiencing a resurgence in popularity as discerning parents contemplate how safe commercially produced, synthetic disposable diapers are for your baby, and for the environment.

It’s a many-pronged dilemma. Arguments run for and against both, weighed in a way that makes it impossible to champion either side as the unequivocal winner. While disposable diapers are more convenient than cloth, cloth diapers don’t risk choking up landfills for years to come. On the other hand, the cotton of cloth diapers is easily a controversial textile for how much energy and resources it requires to harvest, with a decisive carbon footprint we can’t ignore.

There’s no clear winner in this debate – there are, though, distinct pros and cons for both. 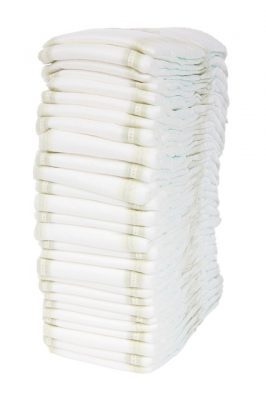 One of the main arguments used against disposable diapers (and for cloth ones) is the environmental impact. Your standard disposable diaper is made of petroleum-derived plastics and polymers, which in turn is derived from increasingly dwindling and highly polluting supplies of crude oil. Add to this the consideration that over 95% of babies in the USA wear disposable diapers, and about 20 billion of these diapers are disposed of every year, we get a very alarming image of the ton of slow-decomposing waste sitting in landfills, releasing methane, a noxious greenhouse gas.

But then again, this is only one side of the debate. Increasingly environmentally-conscious brands like Huggies and Pampers – two of the biggies in the business – have gone to great lengths to incorporate more sustainable strategies into their production, striving to reduce waste, improve energy efficiency, and source their raw materials from certified and sustainably managed forests.

On the flip side, cloth enthusiasts are quick to point out the re-usability factor of cotton-based diapers. Rather than having your trashcans overflowing with soiled diapers, you can simply toss them into the wash, and get several years of use out of them with each newborn entering the family. But how eco-friendly this is comes to question when factoring in the less-than-green production processes of these diapers. A single kilogram of cotton can require up to and over 20,000 liters of water to produce, and 55 megajoules of energy, not to mention all the pesticides needed to grow cotton which inevitably leech into and pollute nearby water systems. Then there’s the question of how energy efficient the vehicles used to transport these cotton cloth diapers are, and the degree of energy efficiency at the endpoint, i.e. in our homes. We may not be filling up landfills with used diapers, but we are using up more water and electricity with the increased laundry loads cloth diapers entail.

Some argue that with the advent of increasingly energy and resource efficient appliances, increased laundry loads should not excessively exacerbate our water and electricity usage, and that research suggesting cloth diapers are inherently energy-dependent is dated. Meanwhile, disposable diaper proponents suggest that biodegradable and/or more organically produced diapers make the problem of them building up in landfills redundant. Figuring out which alternative is eco-friendlier is convoluted, and entirely subjective on the consumer’s choice of not just diapers, but the brands they endorse, the types of appliances they use, as well as the degree of sustainability considerations incorporated into the production process in the first place.

Dioxin is a chemical often found in disposable diapers, used to bleach them white, and raises fears of its impact on your child’s health as a carcinogen, but no evidence exists to indicate any long-term health impact of using disposable diapers. If your child is susceptible to latex, however, they may experience an allergic reaction to the latex used in disposable diapers. In this respect, cloth diapers are considered safer and friendlier for your baby’s skin – devoid of harmful chemicals, you can swaddle them up with the peace of mind that you aren’t exposing them to anything risky or dangerous. 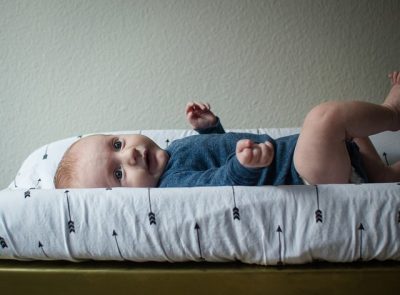 However, the most common affliction that comes to mind when we’re on the topic of diapers doesn’t have to do with chemicals – it’s diaper rash. Diaper rash occurs when your baby’s skin is exposed to too much friction or in contact with moisture for too long, as well as the acids and bacteria breeding in a soiled diaper. Disposable diapers have the advantage of being able to retain and lock moisture and keep your baby’s bottom dry longer than cloth diapers, which need to be changed more frequently – but though it’s also recommended that disposable diapers be changed every 2-3 hours, their perceived convenience may make us complacent about changing them as frequently as we should. Both systems, ultimately, require a measure of diligence from the caregiver.

Convenience is subjective. To some parents, the idea of disposable diapers you don’t have to change as frequently and can simply toss out afterwards is more practical than cloth diapers you have to wash and dry. On the other hand, while there are the initial costs of picking and sampling different cloth diaper systems, you get plenty more uses out of a set of diapers without having to constantly replenish your disposable diaper stock – especially a headache when you’re running low and need to make an emergency trip to the store in the middle of the night.

Then again, there’s the hidden cost you incur for washing and maintaining cloth diapers – in order to keep reusing them, you’re going to have to be pretty diligent about doing your laundry, which may mean multiple loads a day if you add in all the blankets, bibs and onesies your little one is going to be messing up. Again, this is subjective, reliant on anything from the types of cloth diapers you choose to how energy efficient your washing-machine is.

There’s no such thing as a simple answer to the disposable versus cloth debate. Both have their merits and shortcomings, and the decision ultimately lies with the parents – if you’re going the environmentally-friendly route, both disposable and cloth diapers have their pros depending on which brand you choose (there is a greater ‘green’ awareness in the textile industry with multinationals like H&M, Levi’s and Lindex leading the charge) as well as your own lifestyle choices. Some parents and caregivers have found advantages of using both systems complementarily, depending on their needs – disposables are handy in the hectic first days after your newborn’s arrival and while travelling, while cloth diapers promise longevity, reusability and fewer trips to the store.